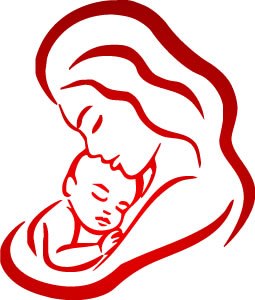 In honor of Mother’s Day, check out this booklist that’s all about motherhood!  The list is grouped for adults, teenagers/young adults, and children, and can be borrowed from the Roslindale Library!

The Vegetarian Mother’s Cookbook: Whole Foods to Nourish Pregnant and Breastfeeding Women– and Their Families
By Cathe Olson
The Vegetarian Mother’s Cookbook contains more than 300 delicious whole foods recipes to nourish mothers and their families throughout pregnancy and lactation. The dishes are packed with protein, fiber, vitamins, minerals, and essential fatty acids to help both mother and baby thrive. It provides up-to-date nutritional information with recommended dietary intakes, complete guide to ingredients, suggested shopping list, and tips for saving time and minimizing work in the kitchen. This book is a comprehensive eating guide for vegetarian mothers, and for non-vegetarians who want to include more whole foods in their diets.

Bertie’s Guide to Life and Mothers
By Alexander McCall Smith
Now almost seven, Bertie Pollock feels like it is years since his last birthday. Freedom, for Bertie, is represented by turning eighteen and heading for Glasgow, far from Irene, his domineering mother’s control, far from his therapist, Italian lessons, Yoga for Tots, gender-neutral birthday presents and saxophone practice. The likeability of Irene and her husband Stuart appear to be progressing in inverse proportion, so it is no surprise that Stuart, Bertie and even baby Ulysses enthusiastically encourage Irene to accept a free trip to Dubai. A trip that does not go quite the way Irene expects.

Make Me A Mother
By Susanne Antonette
Relates how the author and her husband adopted a six-month-old boy from South Korea and the lessons they had to learn as parents, including how to incorporate aspects of another culture and how to discuss birth parents with their son.

Are You My Mother: A Comic Drama
By Alison Bechel
Graphic memoir about Bechdel’s troubled relationship with her distant, unhappy mother and her experiences with psychoanalysis, with particular reference to the work of Donald Winnicott.

Just What Kind of Mother Are You?
By Paula Daly
Lisa Kallisto is one of those overworked, overscheduled mothers who never secure enough sleep at night. After getting her three kids off to school, working all day as the manager of a charitable animal shelter and taking care of her household, she’s lucky to get a few minutes to herself. So when her daughter’s friend Lucinda turns up missing after she was supposed to spend the night at Lisa’s home, Lisa is full of blame and self-loathing. And she’s not the only one who finds herself at fault: Most of Lucinda’s family, the police and even her own husband, Joe, think Lisa should have paid more attention to what the two young teens were doing. Now, it looks like the kidnapper, who has already abducted one other girl, is at it again, and Lisa is trying to put the pieces together. So is Joanne Aspinall, an investigator with the local police in the small English town where both Lisa’s and Lucinda’s families live, and Joanne’s finding that things are growing more and more curious as the pieces to the puzzle refuse to fit together.

Undivided: A Muslim Daughter, Her Christian Mother, Their Path to Peace
By Patrica Raybon
Although this is certainly a book for mothers and daughters struggling with interfaith tensions, it is equally meaningful for mothers and daughters who feel divided by tensions in general. An important work for parents whose adult children have left the family’s belief system, it will help those same children as they wrestle to better understand their parents.

Letter To My Mother
By Teresa Cárdenas Angulo
A young African-Cuban girl is sent to live with her aunt and cousins after the death of her mother and begins to write letters to her deceased mother telling of the misery, racial prejudice, and mistreatment at the hands of those around her.

The Joy Luck Club
By Amy Tan
In 1949, four Chinese women–drawn together by the shadow of their past–begin meeting in San Francisco to play mah jong, invest in stocks and “say” stories. They call their gathering the Joy Luck Club–and forge a relationship that binds them for more than three decades. A celebrated novel in the tradition of Alice Adams and Margaret Atwood from the bestselling author of The Kitchen God’s Wife.

Mother Courage and Her Children: A Chronicle of the Thirty Years’ War
By Bertolt Brecht
Widely considered one of the great dramatic creations of the modem stage, Mother Courage and Her Children is Bertolt Brecht’s most passionate and profound statement against war. Set in the seventeenth century, the play follows Anna Fierling (“Mother Courage”), an itinerant trader, as she pulls her wagon of wares and her children through the blood and carnage of Europe’s religious wars. Battered by hardships, brutality, and the degradation and death of her children, she ultimately finds herself alone with the one thing in which she truly believes–her ramshackle wagon with its tattered flag and freight of boots and brandy. Fitting herself in its harness, the old woman manages, with the last of her strength, to drag it onward to the next battle. In the enduring figure of Mother Courage, Bertolt Brecht has created one of the most extraordinary characters in literature.

Dreaming in Cuban
By Cristina Garcia
The story of four strong-willed women of the del Pino family of Havana and of Brooklyn who are divided by conflicting political loyalties.

From the Notebook of the Melanin Sun
By Jacquline Woodson
Almost-fourteen-year-old Melanin Sun’s comfortable, quiet life is shattered when his mother reveals that she has fallen in love with a woman.

A Kid From Southie
By John Shea
Desperate to help his unemployed mother, seventeen-year-old Aiden O’Connor reluctantly begins working for the Irish mob in tough South Boston, despite his coach’s efforts to convince him he could be a professional boxer.

Katie’s Happy Mother’s Day
By Fran Manushkin
When Katie’s mother feels unwell on the day before Mother’s Day, Katie wants to do everything she can think of to help her mother get well–but she forgot to get a present.

My Mother’s Sari
By Sandhya Rao
A little girl is fascinated by her mother’s sari and finds many uses for it.

In Our Mothers’ House
By Patrica Polacco
Three young children experience the joys and challenges of being raised by two mothers.

Does A Kangaroo Have a Mother, Too?
By Eric Carle
Presents the names of animal babies, parents, and groups, for example, a baby kangaroo is a joey, its mother is a flyer, its father is a boomer, and a group of kangaroos is a troop, mob, or herd.

A Chair For My Mother
By Vera Williams
A child, her waitress mother, and her grandmother save dimes to buy a comfortable armchair after all their furniture is lost in a fire.

Are Your My Mother?
By PD Eastman
A little bird asks animals, planes, and boats, “Are you my mother?” until he finds his own mother.