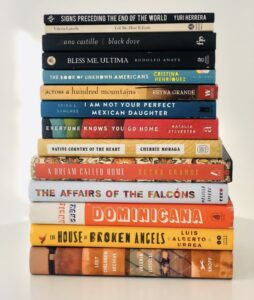 So, you may have heard about the controversy around the latest selection in Oprah’s Book Club.  If you haven’t, read up on it here.  The controversy has brought up discussions about representation in publishing.  In response, Literary Twitter crowdsourced a book list about the immigration experience written by Latinx authors.