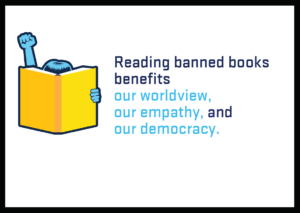 The American Library Association Office for Intellectual Freedom (OIF) promotes awareness of challenges to library materials and celebrates freedom of speech during Banned Books Week, which takes place this year September 22 – 28.  The ALA Office tracked 347 challenges to library, school, and university materials and services in 2018. Of the 483 books challenged or banned in 2018, the Top 11 Most Challenged Books are: