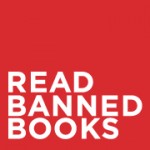 The American Library Association Office for Intellectual Freedom (OIF) promotes awareness of challenges to library materials and celebrates freedom of speech during Banned Books Week, which takes place this year September 23 – September 29.  Here are the top ten most challenged books as reported in the media and submitted to ALA by librarians and teachers across the country in 2017.

Originally published in 2007, this New York Times bestseller has resurfaced as a controversial book after Netflix aired a TV series by the same name. This YA novel was challenged and banned in multiple school districts because it discusses suicide.

2. The Absolutely True Diary of a Part-Time Indian by Sherman Alexie

Consistently challenged since its publication in 2007 for acknowledging issues such as poverty, alcoholism, and sexuality, this National Book Award winner was challenged in school curriculums because of profanity and situations that were deemed sexually explicit.

This Stonewall Honor Award-winning, 2012 graphic novel from an acclaimed cartoonist was challenged and banned in school libraries because it includes LGBT characters and was considered “confusing.”

4. The Kite Runner by Khaled Hosseini

This critically acclaimed, multigenerational novel was challenged and banned because it includes sexual violence and was thought to “lead to terrorism” and “promote Islam.”

Written for elementary-age children, this Lambda Literary Award winner was challenged and banned because it includes a transgender child.

6. Sex is a Funny Word by Cory Silverberg and Fiona Smyth

This 2015 informational children’s book written by a certified sex educator was challenged because it addresses sex education and is believed to lead children to “want to have sex or ask questions about sex.”

7. To Kill a Mockingbird by Harper Lee

This Pulitzer Prize-winning novel, considered an American classic, was challenged and banned because of violence and its use of the N-word.

8. The Hate U Give written by Angie Thomas

Despite winning multiple awards and being the most searched-for book on Goodreads during its debut year, this YA novel was challenged and banned in school libraries and curriculums because it was considered “pervasively vulgar” and because of drug use, profanity, and offensive language.

Returning after a brief hiatus from the Top Ten Most Challenged list, this ALA Notable Children’s Book, published in 2005, was challenged and labeled because it features a same-sex relationship.

10. I Am Jazz written by Jessica Herthel, Jazz Jennings, and Shelagh McNicholas

This autobiographical picture book co-written by the 13-year-old protagonist was challenged because it addresses gender identity.